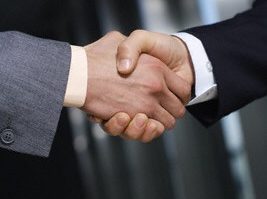 Pre-Suit Mediation or Not?

A homeowner asked the question on avvo.com if moving from the community would mean he no longer needed to provide his HOA with an offer of pre-suit mediation.Moving would not circumvent the pre-suit mediation requirement because the suit would, I assume, be based on acts that occurred while you were a homeowner.  Pre-suit mediation is not just for homeowners either.  It covers members, vendors, invitees, licensees, and guests.Not all disputes require pre-suit mediation.  FS 720.311(2)(a) provides:

Disputes between an association and a parcel owner regarding use of or changes to the parcel or the common areas and other covenant enforcement disputes, disputes regarding amendments to the association documents, disputes regarding meetings of the board and committees appointed by the board, membership meetings not including election meetings, and access to the official records of the association shall be the subject of a demand for presuit mediation served by an aggrieved party before the dispute is filed in court.

A dispute over a financial obligation or enforcement of a settlement agreement are not subject to pre-suit mediation.  Also, any dispute in which a party seeks an emergency injunction is not subject to pre-suit mediation.  It is important to note that what you may think is an emergency is usually not one in the eyes of the court.

I don’t recommend going to pre-suit mediation without a lawyer.  The HOAs usually have veteran lawyers who are very good at bulldozing over unrepresented parties.